“What’s working for Rick Steves like?” I’ve heard that question many times since I worked as one of his tour guides in Europe. Rick Steves and his partner, Trish, joined me on the Loop Interior Architecture Walking Tour back in 2016. So I thought I’d answer a few of those common questions for our tour guests who use his books for their trip to Europe or religiously watch his PBS show.

I know Rick Steves because I worked for his company for over a decade. Before that, I had traveled in Italy and spoke the language. During college, I also held a job as an assistant tour guide in Italy for a different company. Rick’s tour company, which is how his travel empire began, was then called “Europe Through the Back Door.” ETBD hired me as a guide to lead multi-day tours around the country. My background as a freelance journalist led me on a job to work on updating his tour guidebooks about Italy.

The tours are a huge operation managed by an impressive team, but the books are an aspect of the business that Rick personally manages. Rick and I traveled together for four days of training so that I could update his best-selling Italy guidebooks. The tour guides also flew to the Rick Steves headquarters in Edmonds, Washington for an annual week of meetings and social events with Rick and his staff.

So here’s what working for Rick Steves is really like.

As Rick and I walked around Florence, which is swarming with Americans, people seemed to expect Rick to be waiting around any corner. At the end of interactions with him, they would often say, “Have a great vacation!” Rick Steves is not on vacation. While his television show may suggest otherwise, the man is not sipping wine and nibbling on Spanish churros all day long. He is working really, really hard.

When I worked on the book updates with him, we were practically sprinting around town to see every hotel, restaurant, laundromat, museum, church and train station in the city. We worked from dawn until well past dusk. The day was also long when I worked as a tour guide, since it was full of activities. Being a leader for groups of up to 28 different personalities also had its challenges. To explain that in full would require much more than a blog post.

Rick’s tour company employs 80 full-time employees in the office. They manage the books, television and radio shows, tours and store. On top of that, the European tours employ more than 100 guides, who live around the world. You don’t build a company from the ground up by being on vacation. The man works. All the time.

Rick Steves is Efficient as All Hell

I speak fluent Italian. While training with Rick, he asked me to interpret something for him to a restaurant owner. Rick wanted the restaurant owner to offer a special deal for readers of his book. While Rick said about five words, my interpretation took about five times as long to say. To communicate the phrase as an Italian would, I had to explain the idea and say the same thing in a couple different ways. He flatly expressed to me that he was not at all into the length of my communications.

Rick acquires and checks an enormous mass of information for his books. From working with him, I learned how when you have 50 things to do in a day, if each thing can take half as long, you can accomplish twice as much. As a small business owner, I have to be efficient. I am very grateful to have learned this.

He is a Fun Dude

For his PBS show, Rick has a very chill and friendly persona. Like any television personalities, his real character is not as watered down and wholesome. While he is easygoing, he is still pretty intensely hard-working, as mentioned above. Also, the guy can be pretty funny. You can get a better sense of this if you to one of his public speaking events, like his Ted Talk.

Or you can see Rick Steves dance at one of our tour guide parties a few years ago.

Rick has a great sense of humor. I also know because he laughed at my jokes when he came on our private tour of Chicago’s interiors and the underground Pedway System 🙂

Rick Steves is Not a Total Stoner

Yes, Rick speaks out about the legalization of marijuana. His advocacy relates to burdens on our criminal justice system and the lost tax revenue that legalization might bring. It’s a no-brainer that the medical uses of it are vast. Rick’s ideas on drug policy reform are very politically motivated.

But no, Rick is not toking a bong every morning before going to manage his huge business. Rick certainly has some hippie roots, but he is not a total stoner.

He Treats His Employees Well

When I began working for Rick Steves’ tour company, I was really impressed how it seemed like almost everyone had been there at least a decade. After I got hired, it took me at least five years before it didn’t seem like I was a newbie. I initially trained as a tour guide with Dave Horelein, who does the awesome maps in the guidebooks, and he’s been working with Rick for 30 years.

Longevity in a company shows that Rick is doing something right. While any business owner has enormous support from his or her employees, it is the leader that establishes a company culture. I would describe the Rick Steves’ company culture as casual, friendly, open, hard-working, liberal and smart.

I may not know him on a really personal basis, but this is what I’ve gathered from working for Rick Steves over the years. It was a great honor to have him take a break from the Chicago Travel and Adventure Show to come explore Chicago with me and on our custom tour. 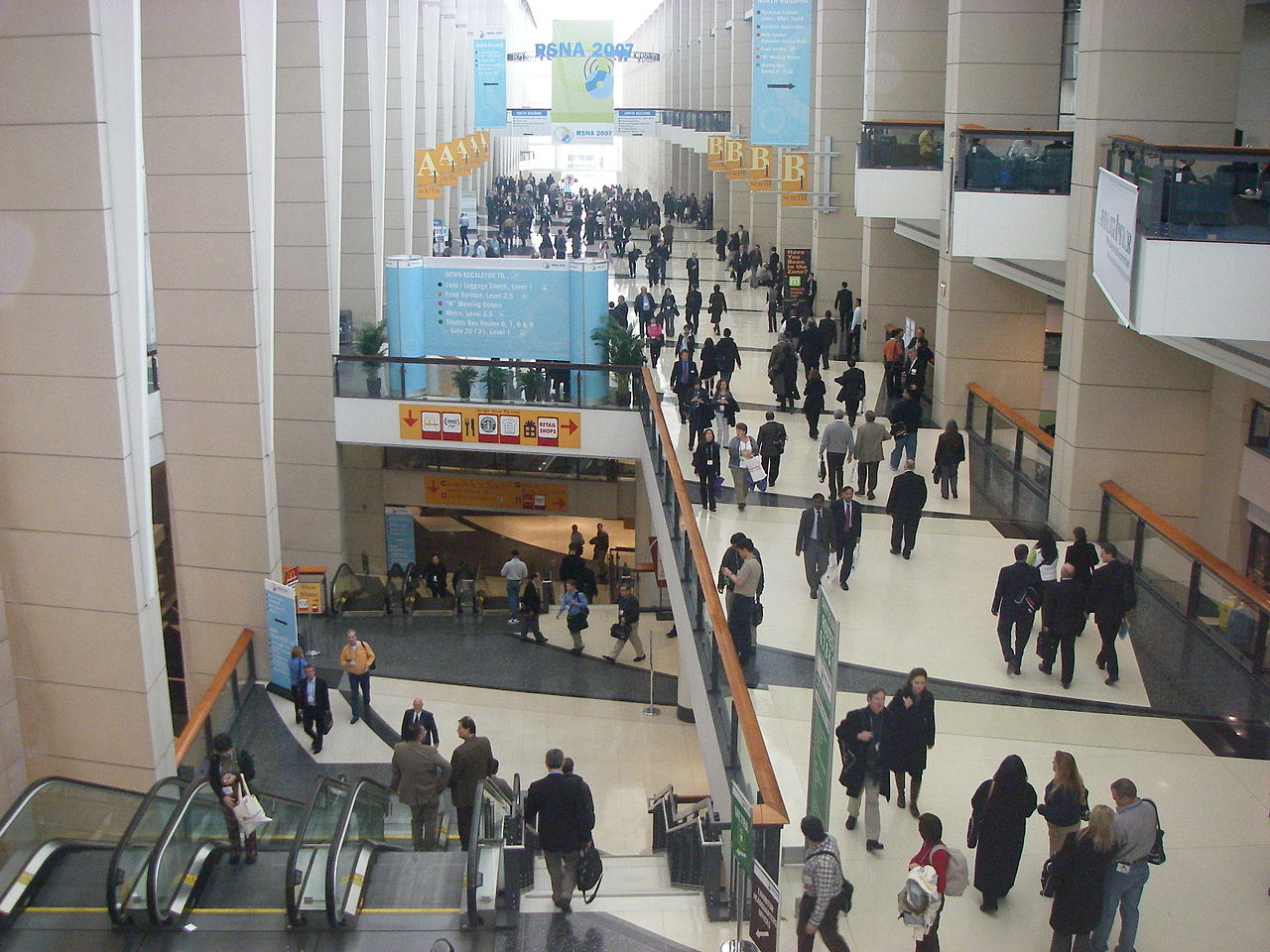 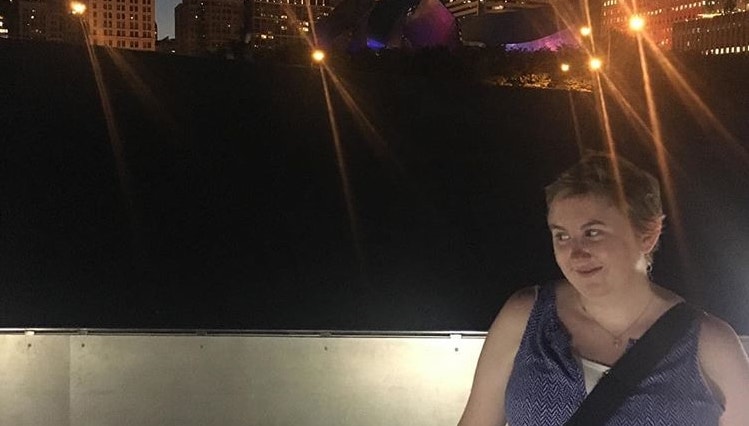 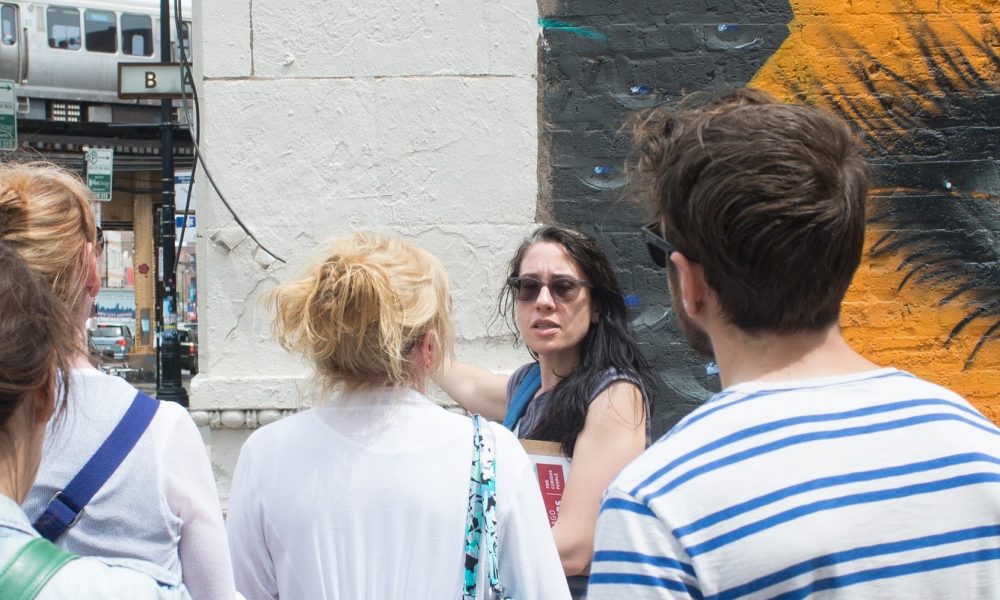 Learn How We Guide Chicago Walking Tours in Winter