Non-Gothic Buildings on the University of Chicago Campus

I’ll start off with a building that was under construction when I was a student at UChicago. The Joe and Rika Mansueto Library was designed by Helmut Jahn, whose post-modern architecture can be seen all over Chicago, this glass domed space opened in 2011. The library consists of a airy and light-filled reading room at ground level and underground storage facilities for up to 3.5 million volumes. I’ve been in here a few times on visits back to campus.

For me, the most striking thing about the building is how it contrasts with the neighboring buildings. The Victorian Gothic Main Quad is across 57th Street and next door is the Regenstein Library, a concrete building from the Brutalist school of architecture. Seeing them from inside the Mansueto makes it feel like you’re looking at the Earth from a spaceship. The library is always a big hit on our Chicago Neighborhoods and Cultural Diversity Tour.

Logan Center for the Arts

Across the Midway Plaisance from the Main Quads, the Reva and David Logan Center for the Arts was designed as a home for the university’s visual and performing arts programs. The building abuts the Lorado Taft Midway Studios, which was home to the titular Mr. Taft’s sculpting studios and has been on the National Register of Historic Places for 50 years. The Logan Center itself consists of a tower that soars above the Midway, multiple performance spaces and theaters, studios, set construction shops, rehearsal spaces, and classrooms.

Like the Mansueto Library, the Logan Center is an example of more contemporary architecture. Its saw-toothed roof mimics the Taft Midway Studios and the facade irregularly breaks between glass and brick. The architectural look sort of reminds me of men who repeatedly comb and gel their hair up straight for fifteen minutes. The overall effect, though, has always reminded me of Frank Lloyd Wright’s Taliesin West out in Arizona. That architectural style could hardly contrast more with the Gothic Main Quad a few blocks away.

I chose to end with this architectural example because it blends the old and new styles from across the rest of the University of Chicago campus. The building now known as Saieh Hall dates to the 1920’s, when the the university-affiliated Chicago Theological Seminary built it. Its neo-Gothic architecture fit in with the Main Quads of the University of Chicago campus, though the soaring brick tower was always iconoclastic. The Seminary, and the much beloved Seminary Co-Op Bookstore moved into new spaces a few years ago. The university’s Department of Economics & Friedman Institute for Research in Economics became the new tenants.

For this change, the University gave the old structure a postmodern renovation. Spaces were updated to modern standards and a new pavilion was added to tie the structure together. The ornamental neo-Gothic architectural style remains the dominant aesthetic. Newly installed glass, polished steel, and airy spaces make the building feel contemporary and functional. Consequently, the architects ingeniously blended old and new. I suspect will spread across campus quickly as it continues to evolve. 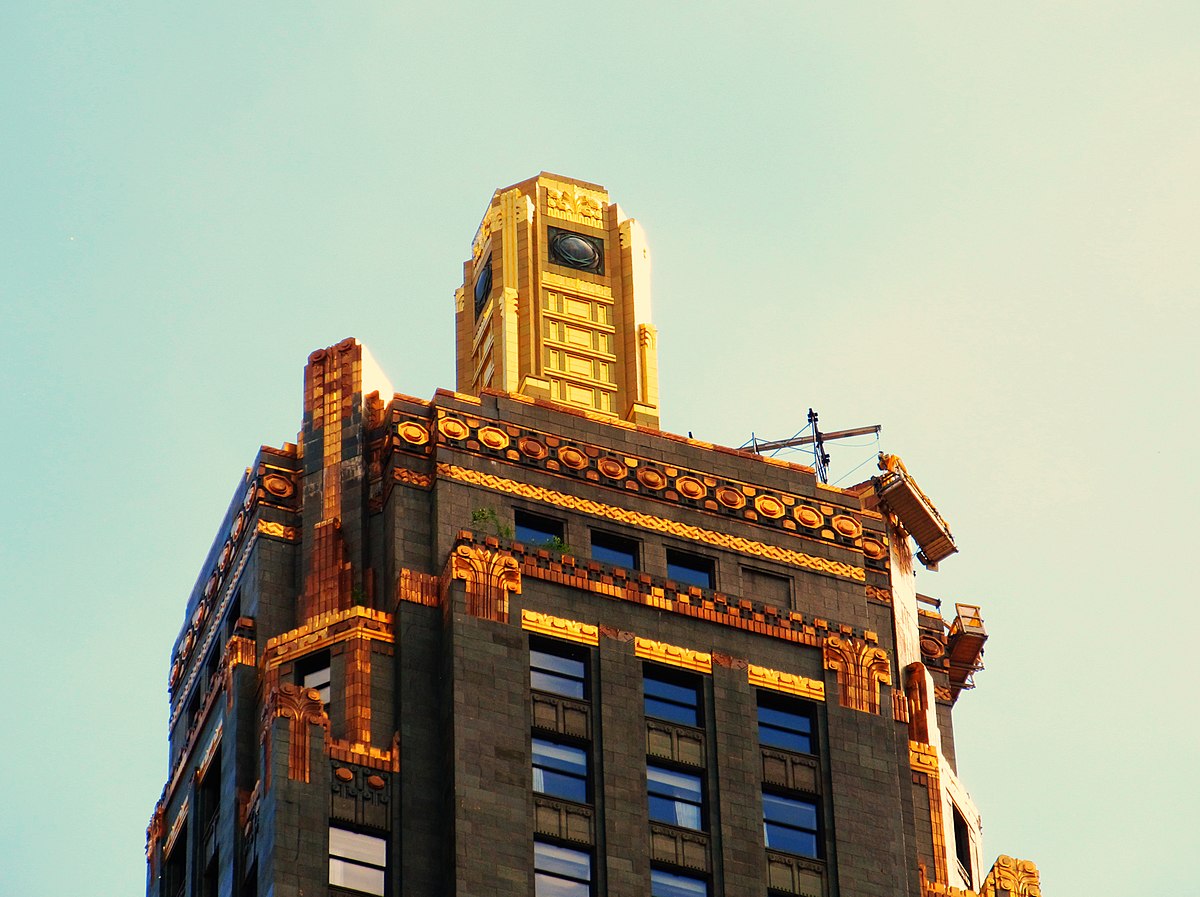 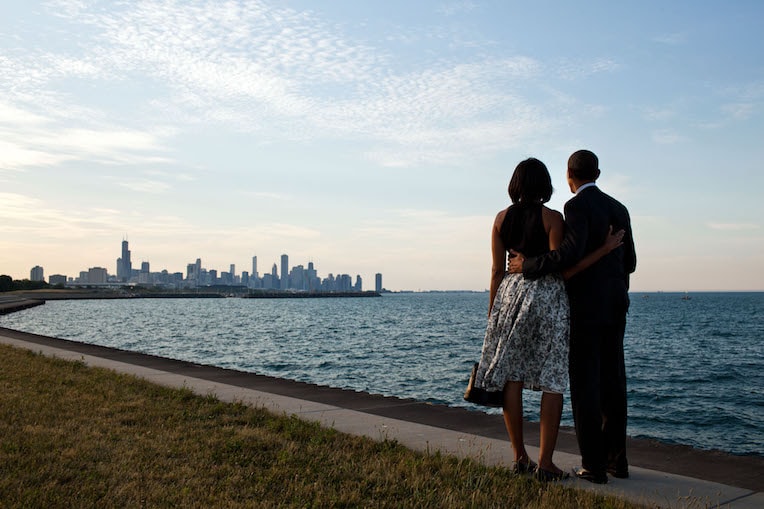 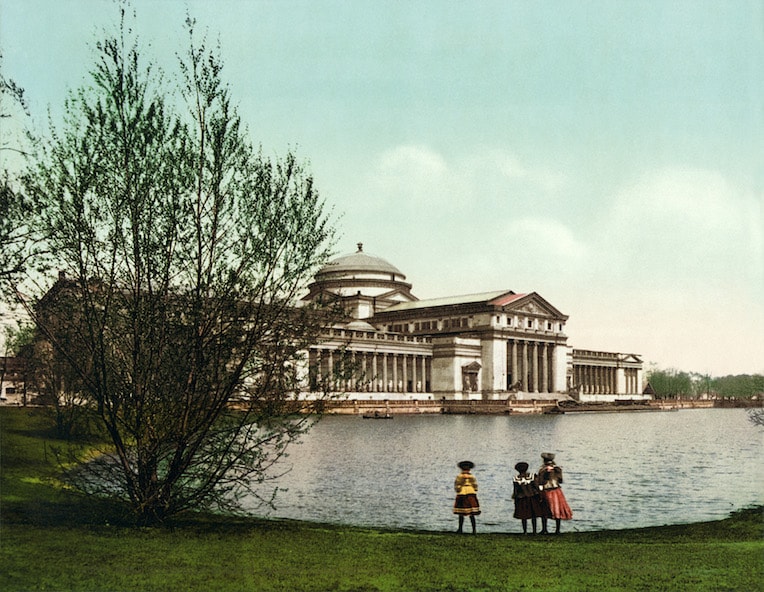 New Buildings in Chicago in 2018 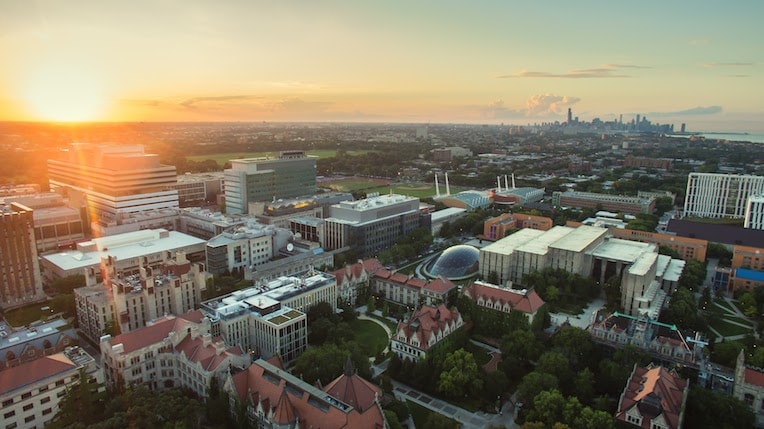 Designing a University of Chicago Tour