Here we are chin deep in the Chicago Bears football season. While “da Bears” may illicit thoughts of beer, polish sausage, and guys with mustaches, at Chicago Detours we think of history and architecture. So I looked into the history of the Chicago Bears and took a break from my regular tour guiding to go on a tour of Soldier Field.

The history of the Chicago Bears begins in 1919 in Decatur, Illinois. The team we know as the Bears was founded there as the Decatur Staleys. The football team moved to Chicago two years later. In 1922, they started playing their games at Wrigley Field, home of the Chicago Cubs. It is from the Cubs’ name that we get the bear mascot, as footballers are bigger and stronger than baseballers and so should be the papa bear to its cub. The Chicago Bears moved to Soldier Field in 1971. Honestly, it surprised me they only started playing downtown about 40 years ago.

Soldier Field opened in 1924 as Municipal Grant Park Stadium and was renamed the following year in dedication of the men–and now women–who have served in the armed forces. In 1984, Soldier Field was given National Landmark status, which it no longer has. The designation was taken away after the controversial renovations of the early 2000s. 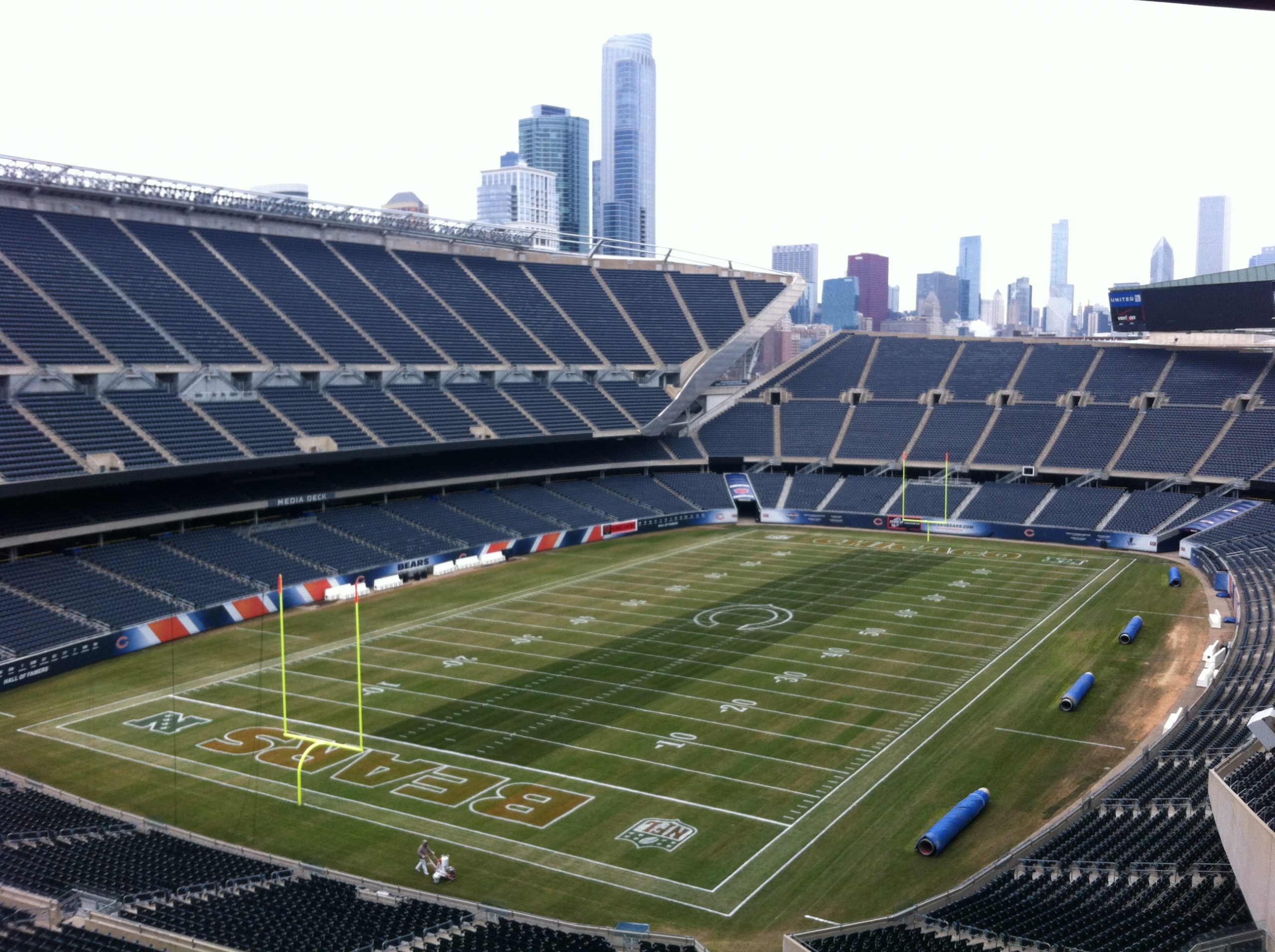 Never having been to a game, I decided to take a tour of Soldier Field to explore its history and architecture. The group got to walk out the tunnel to the field, which is real grass, tour the visitor’s locker room, and visit the swanky Skyline Suite (the view from which is pictured above), before heading out to the colonnade. I also found out that surprisingly the Chicago Bears constitute a mere 20% of what goes on at Soldier Field, which also hosts concerts and rallies among other events.

In referencing the 2003 renovations done to Soldier Field, Chicagoans often joke of the spaceship that landed in the original stadium. I have to admit that I have always agreed. On my tour of Soldier Field, however, our guide gave me a greater perspective on the changes made. He explained that the seating was lifted not only up but also closer to the field. While we were outside, he pointed out the original top row of seats. They were stone risers which would have held benches for seating. As pictured above, you can see the contrast between the original and the current top row. The current stands are both higher and closer–not to mention more comfortable.

This function-motivated explanation gave me more appreciation of the spaceship. It makes some more sense, despite its awkward contrast to the Greco-Roman style of the original building. The new Soldier Field has the least seats of any stadium in the NFL. But they are the closer to the field, making for a more exciting experience. More recently, changes to the building made it the first NFL stadium in the nation to acquire LEED status. That’s an interesting trade for the historic designation lost a few years earlier.

If you would like to explore Soldier Field, the tour schedule is updated monthly. We also drive out and see it quite frequently on our Detour 101 Chicago Highlights Tour. And have a look out for Part 2, with more about the Bears in pop culture. 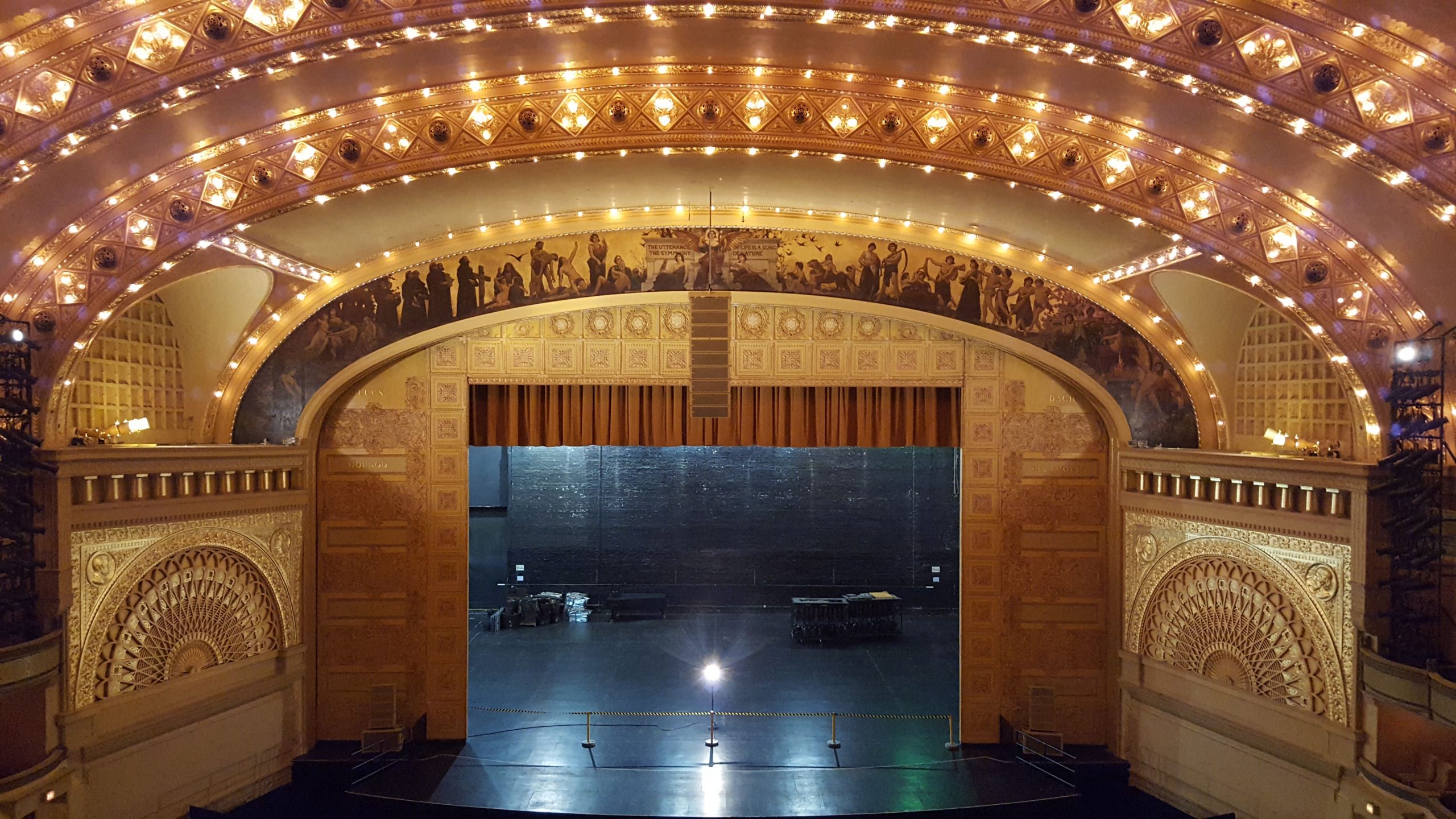 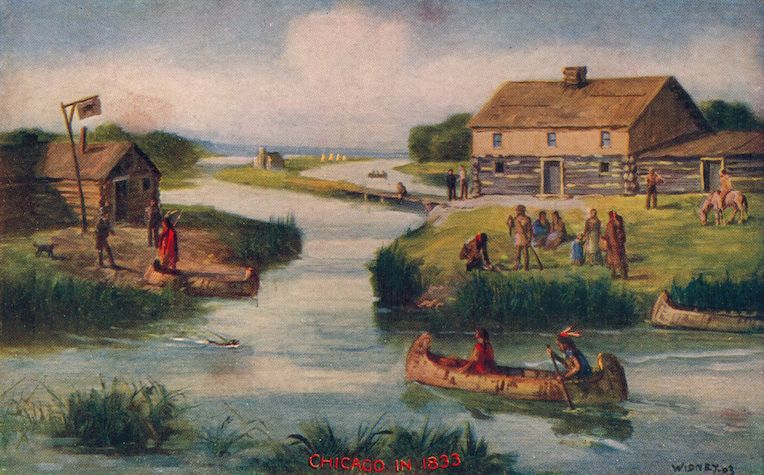 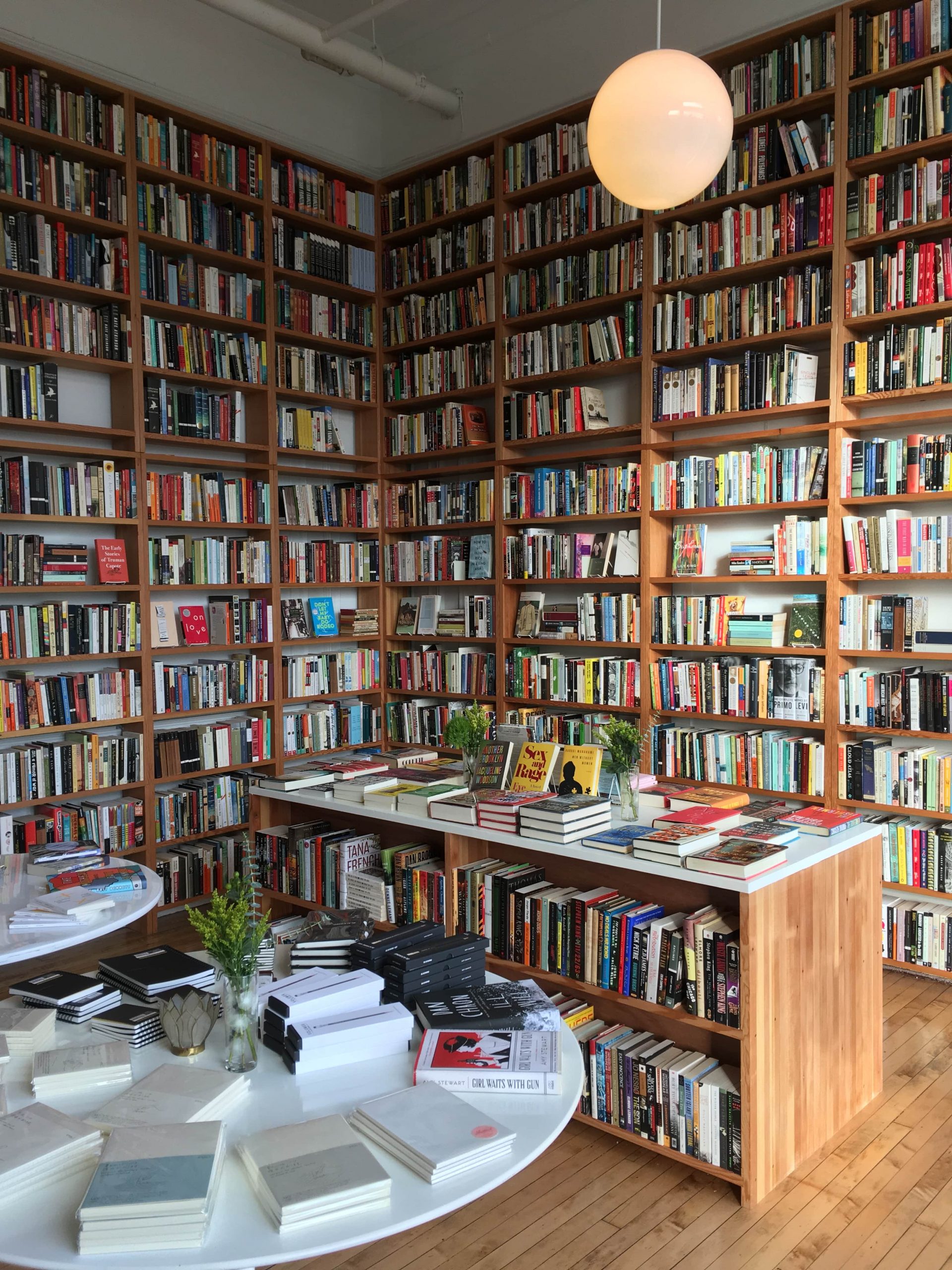 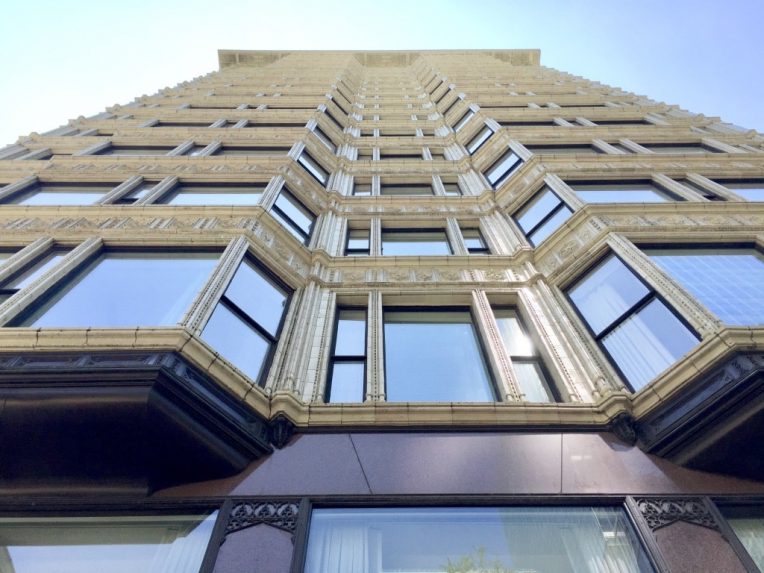