Indeed, Chicago has played a huge role in LGBT history in America. Our town hosted the country’s first gay rights organization, its first Pride Parade, and much more. I love Chicago’s LGBT History and was pleased to share a presentation on the topic as a public speaker for a corporate client recently. To celebrate LGBT Pride Month, we thought we’d look back at Chicago’s gay neighborhood history before Boystown.

This might be stretching the definition of “gay neighborhood” a little bit. Still, the first concentrated area where gay men and women lived or worked was the Levee. Let me set the scene: Chicago was growing like crazy in the late 19th century, the population doubling approximately every ten years. The city afforded opportunity for work, possibly for riches, and also for freedom or anonymity. Rollicking vice districts soon became a staple feature of Chicago.

The most riotous was the Levee, in the South Loop. Crooked politicians, most famously “Bathhouse” Coughlin and “Hinky Dink” Kenna, ruled the Levee. With their protection, numerous brothels, like the famous Everleigh Club, set up shop there. People who wanted something that wasn’t strictly in line with mainstream morals could find it in the Levee. Alcohol, drugs and sexy good times abounded. That meant it behooved everyone in the Levee to be discreet. Thus, it became an early haven for queer people to meet each other too.

Gay Meeting Places in the Heart of the City

Our next entry in Chicago gay neighborhood history may surprise you: The Loop. Though The Loop wasn’t a gay neighborhood per se, it was a place gay people could meet each other. For example, certain high-end hotels and private men’s clubs developed the reputation for being “cruising” spots where men could pick up interested men. The bar at the Palmer House Hotel was one such spot. Another was the Chicago Athletic Association, an elite private men’s club that opened in 1893. It boasted 100 furnished private rooms and a full complement of athletic facilities. (We’ve arranged custom private tours which visited both of these famous hotels, by the way.)

The Loop may not qualify as a real historic Chicago gay neighborhood. Still, downtown’s swanky hotel bars and private men’s clubs were another place where gay men might congregate.

Bohemians and the Growth of Towertown

Intellectuals and bohemians of all kinds flocked to Chicago in the 1910s-20s, and many settled in the neighborhood around the Water Tower, roughly Old Town today. Back then this neighborhood was called Towertown. It was filled with artists lofts, rooming houses where single men and women could afford to live on their own, small cafes, night clubs and bars. It was the home of the famous Dill Pickle Club where anyone with an interesting opinion could take the stage, openly discussing topics like homosexuality.

In this Bohemian district people were radicals and freethinkers. They were espousing anarchy, free love, atheism (gasp!), all kinds of beliefs that were way outside the status quo, so it naturally became a place where gay, lesbian and gender nonconforming people could live openly too.

By the ‘20s, most Chicagoans recognized Towertown as a gay neighborhood. It hosted a collection of gay bars or tearooms like the Wind Blew Inn and the Green Mask. In these places, gay men and women could feel comfortable to be themselves and to meet each other and form a community. Middle and upper class Chicagoans looking for a wild night out would drop into Towertown to visit these establishments, which often had drag queen entertainers in the evenings.

Bronzeville on the South Side of Chicago also had a significant and visible LGBT presence in the 1920s and more strongly into the 1930s. LGBT African Americans were often prominent and widely accepted members of their community. Just like in Towertown they often found work as entertainers and in the nightlife district. Drag balls were huge community events, especially the annual Halloween drag ball. Drag queens like the Sepia Gloria Swanson entertained nightly in clubs up and down “The Stroll,” supporting themselves throughout the hard years of the Great Depression. Male impersonators like Gladys Bentley were popular entertainers in Bronzeville too. Very little of The Stroll is left today.

Chicago’s Gay Neighborhood History on the North Side

The mid-twentieth century was a difficult chapter in Chicago gay neighborhood history. During the 1940s-50s, many gay and lesbian bars opened in the city. At the same time, the police and city politicians began increasingly harsh crackdowns on these establishments and their patrons. The Near North side became the center of newly-forming gay neighborhood, in the area around Clark, Diversey and Broadway. Another, smaller gay neighborhood developed in this time around Dearborn and Division.

Mafia figures owned most of these bars in the 1940s to ’60s. They knew who to pay off and regularly dealt with customers who needed discretion. From time to time, though, politicians or the police would feel pressured to “do something” about alleged morals issues in the city, and stage raids on the gay and lesbian bars. (It was a police raid like this on the Stonewall Inn in New York that sparked the famous Stonewall Riots.) Gay, lesbian or gender nonconforming people were also subject to harassment, arrest, discrimination in most aspects of their lives too, from housing to employment or simply walking down the street.

Despite these persistent threats, the gay community continued to grow more visible and vocal throughout the following decades. By the 1970s, the Gay Liberation Movement was in full force and the city backed down from the unfair bar raids. The gay neighborhood shifted slightly north in the coming years, with the first gay bar opening on North Halsted in 1975. The area soon picked up the nickname “Gay Town” which eventually morphed into “Boystown.”

When the rainbow pylons of the North Halsted Legacy Walk were installed, it was a clear indicator that the gay neighborhood of Chicago was at last here to stay. The days of being pushed around were past. That being said, no neighborhood’s future is ever certain. Some have questioned its inclusivity in recent years and pointed to how changing demographics in the district indicate that fewer and fewer gay people actually live in Chicago’s designated gay neighborhood. As the overall city has become more welcome and open to queer people, other neighborhoods may lay claim to being another Chicago gay neighborhood, while some may say there’s no need for a specific gay neighborhood at all. What is clear from surveying Chicago gay neighborhood history though is that LGBT Chicagoans have always shown resiliency in creating spaces to be themselves and find community. 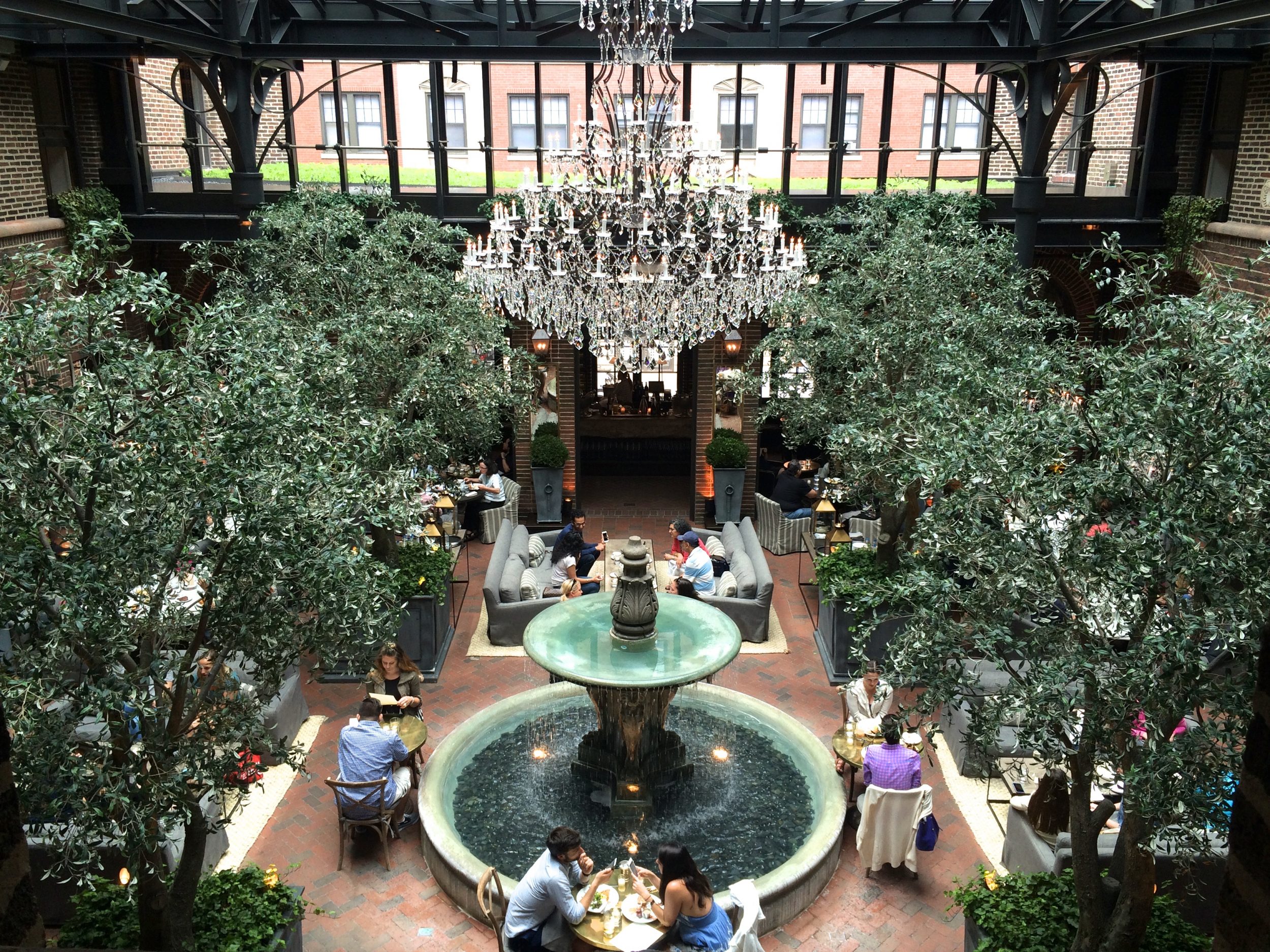