I came up with a list of five forgotten historical facts relating to presidential history in Chicago in honor of Presidents’ Day. Our city’s size and importance means we have a surprisingly robust history of Presidential activity. Of course, everyone know about the 1968 Democratic National Convention riots and President Obama’s victory speech in Grant Park. Instead of rehashing those, we’ll focus on the forgotten or hidden aspects of the topic, rather than the obvious ones. 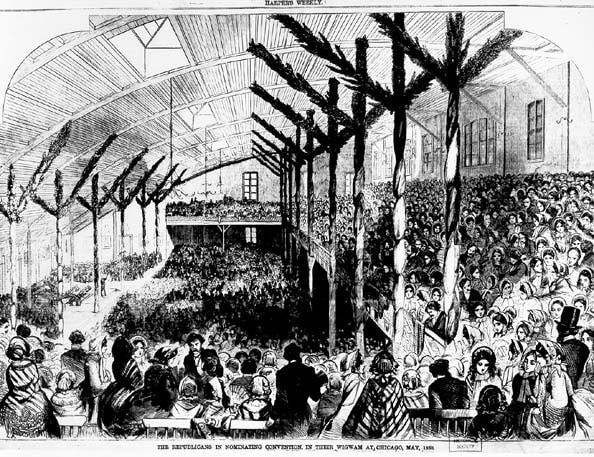 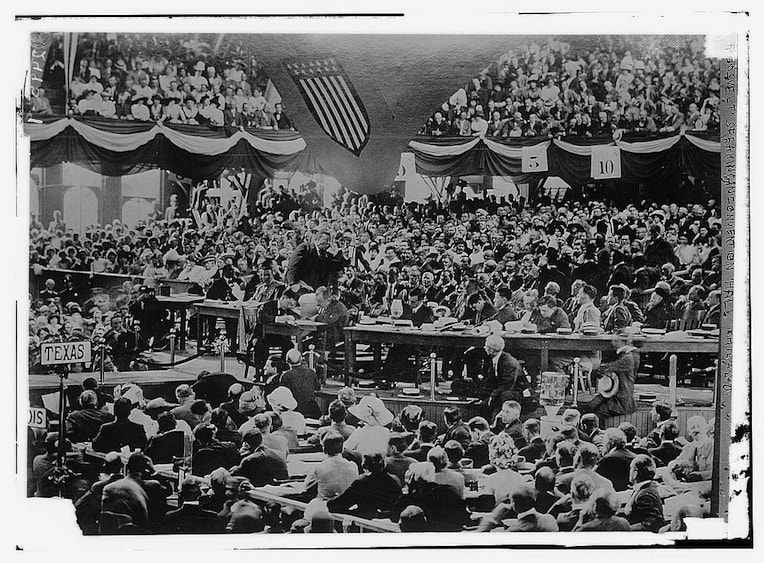 In its first few decades, the Auditorium Building seems to have been catnip for US Presidents in Chicago. Grover Cleveland laid its cornerstone in 1887. The next year, the Republican National Convention met in its unfinished concert hall and nominated Benjamin Harrison for the Presidency. A year later, Harrison had won the Presidency and returned to dedicate the finished building. In 1912, President Theodore Roosevelt gave his famous “Armageddon” speech while accepting the nomination of the nascent “Bull Moose” Progressive Party on the Auditorium’s stage. 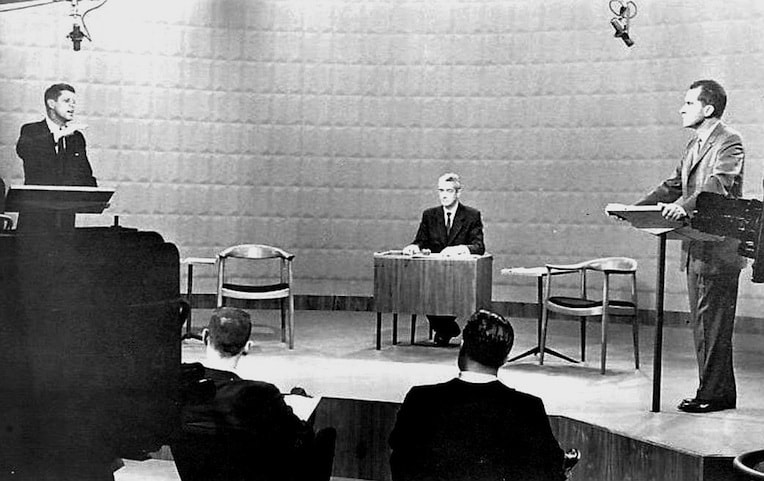 The next major moment for the presidential history in Chicago was when the city hosted the first ever debate between major Presidential candidates. It was held at the old CBS studio in Streeterville. The debate itself is the stuff of American political legend. Radio listeners thought Vice-President Richard Nixon won by a wide margin. TV viewers said that Senator John F, Kennedy had won. On TV,  Kennedy looked tan and handsome next to a sick and sallow Nixon. The divide in perception helped cement the enduring appeal and popularity of TV. 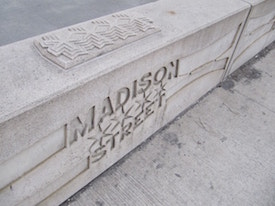 Chicago hosted the 1996 Democratic National Convention at the United Center. Many of the delegates, visitors and journalists stayed in the Loop and commuted to the convention. The City decided that they needed to make the route from the Loop to the Near West Side look nicer. New candy-apple red guardrails were installed on a bunch of the bridges and ramps around I-90.

I’ve often seen those red rails while driving and I often point them out on the Factories to Calories Fulton Market Food Tour. A closer inspection revealed that the rails incorporate the star insignia from the Chicago flag. You’ll see these decorated guard rails from the I-290 interchange to the Lake Street bridge. The stars also appear in the concrete of bridges.

President Barack Obama is the only Chicagoan to be elected to the White House. We know of course of his victory speech on Election Night in 2008 in Grant Park. We know of his house in Kenwood/Hyde Park. So where were his campaign offices? The 2008 offices were on the 11th floor of Two Illinois Center and the 2012 campaign was took up an entire floor inside One Prudential Plaza. We skirt right past both on the Architecture Walking Tour for Design Lovers.

In fact, the 2012 campaign was the only time that a President’s re-election campaign had its main office outside of Washington. Both locations are just rentable office spaces. So there’s no visible reminder of the work that went on there. Despite that limited visibility, these offices drove Obama’s electoral successes.

These five facts about the US Presidents in Chicago underline the importance of our city. Chicago has been a political powerhouse from our boomtown years in the 1800’s to the modern day. The legacy of political power dots our landscape.