We Ain’t Afraid of No Ghost Signs in Chicago

Look around at the architecture in Chicago and you just may cast your eyes upon a specter…but this is nothing too frightening though! Just one of the city’s many ghost signs.

Ghost signs are historic advertisements, usually painted on the sides of buildings, which have been left up for decades. Many of them, perhaps even most, call attention to businesses which no longer exist. They haunt the sidewalls of buildings all over the city. For curious folks, like us at Chicago Detours, they’re irresistible. What was this business? When did they pay to put this ad up? Why does it still exist after all this time? We picked out a few of our favorite ghost signs in Chicago and decided to investigate.

The Ferris Wheel Restaurant Ghost Sign in The Loop

We’ll start right in the heart of the Loop with a sentimental favorite of Amanda, our Executive Director. A ghost sign for the Ferris Wheel Restaurant can still be spied on the north side of the historic Singer Building. Located across the street from the Palmer House Hotel, the restaurant was reputed to draw in visiting celebrities alongside office workers from the neighborhood. Amanda fondly remembers the pancakes.

The restaurant closed in 2000, and its gloriously old-fashioned ground floor signage, disappeared in 2000. But way up around the 8th or 9th floors one can still spot the restaurant’s ghost sign. What makes this one unique is its wonky lettering. Perhaps it was done personally by the owners as a cost-saving measure? If you’re looking for it, the best spot is at the northwest corner of Monroe and State. Look about a half-block south and across State and you can’t miss it.

Printer’s Row, in the South Loop, is a veritable bonanza of both contemporary street art and historic ghost signs. It’s hard to go a block without coming across a wall emblazoned with something eye-catching. I love the mishmash of ghost signs and street art on the Lightner Building on S. Michigan Ave. The eponymous former tenant, the Lightner Publishing Company, put out Hobbies Magazine. A ghost sign for that periodical, as well as other publications by former tenants, brush up against a massive mural completed just last year.

Head south down Michigan Avenue to view these ghost signs. The building sits at the intersection of Michigan and 11th Street. You can’t miss the ghost signs if you’re approaching from the north. There’s even a parking lot that you can duck into to take a bunch of photos.

I first became fascinated with ghost signs because one appeared on my own block in Lincoln Park. Last summer, a neighborhood grocery store down the street was torn down and revealed a long-hidden ghost sign. The sign advertised the Ambassador Hotel, which is the original name for the building at Diversey and Pine Grove. The grocery store was constructed next door in 1927, which is likely when the sign was covered up. The sign hid behind a masonry wall for nearly 90 years before being rediscovered. Sadly, workers quickly painted over the Ambassador Hotel’s ghost sign in anticipation of new construction.

However, another hotel’s ghost sign is just a block away. The Belair Hotel, at 424 W. Diversey, was a single-room occupancy hotel, also in Lincoln Park. These hotels mainly served single men who were new to the city in the 1920 and looking for new jobs. For decades, they were clean, convenient, and hip places to live. That reputation changed over time, of course. The hotel only closed in 2011; it was one of the last remnants of the old working-class Lincoln Park.

To spot the ghost sign, head to the corner of Diversey and Sheridan. You’ll see the sign tattooed on the eastern side of the old hotel building. The best vantage point is from the sidewalk below. 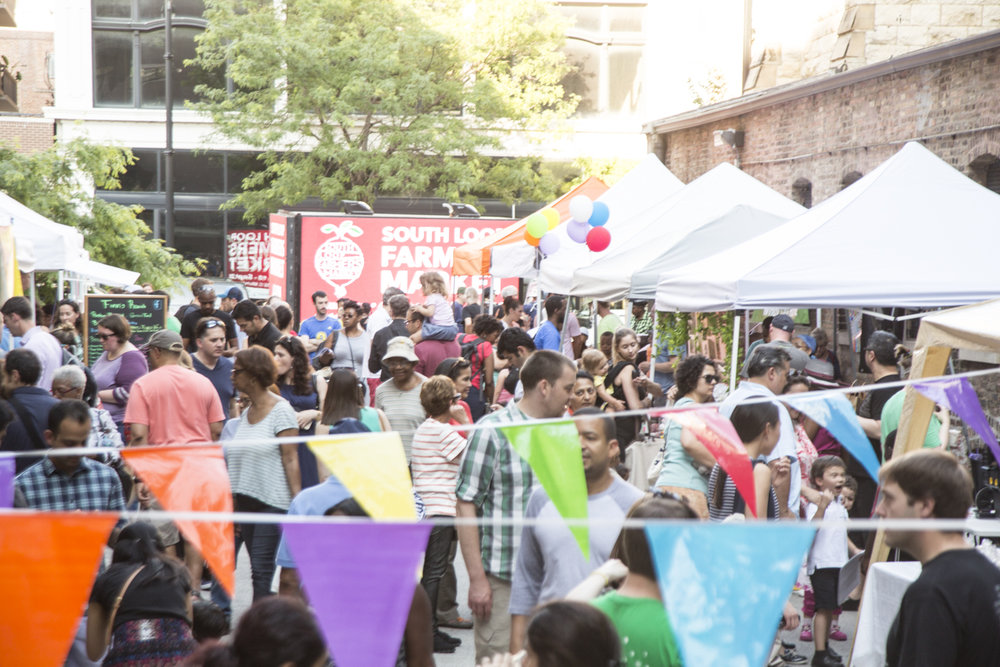 Five Fun Things to Do Near McCormick Place