Ok, it’s still a little freaky to be a Chicago cyclist on Dearborn Street. Those cars just a few short feet away seem to be coming right at you! It will take some getting used to. The opening of this new two-direction bike lane on Dearborn Street in mid-December also seemed unseasonable. We see bicyclists glide past every time our Loop Interior Architecture Walking Tour heads up Dearborn. Even those who bike during winter were struck by the timing. Mayor Rahm Emanuel’s committed to dedicating 110 miles of protected lanes by the end of his first term. So it’s now or never, I guess.

Some of the big-thinking ideas for the Chicago Streets for Cycling Plan 2020 seem like a million light years away. But the two-way protected bicycle lanes along Dearborn Street already put us Chicago cyclists past the thirty-mile marker of that goal! At least they got the wheel turning so that we can use them now with spring in the air. 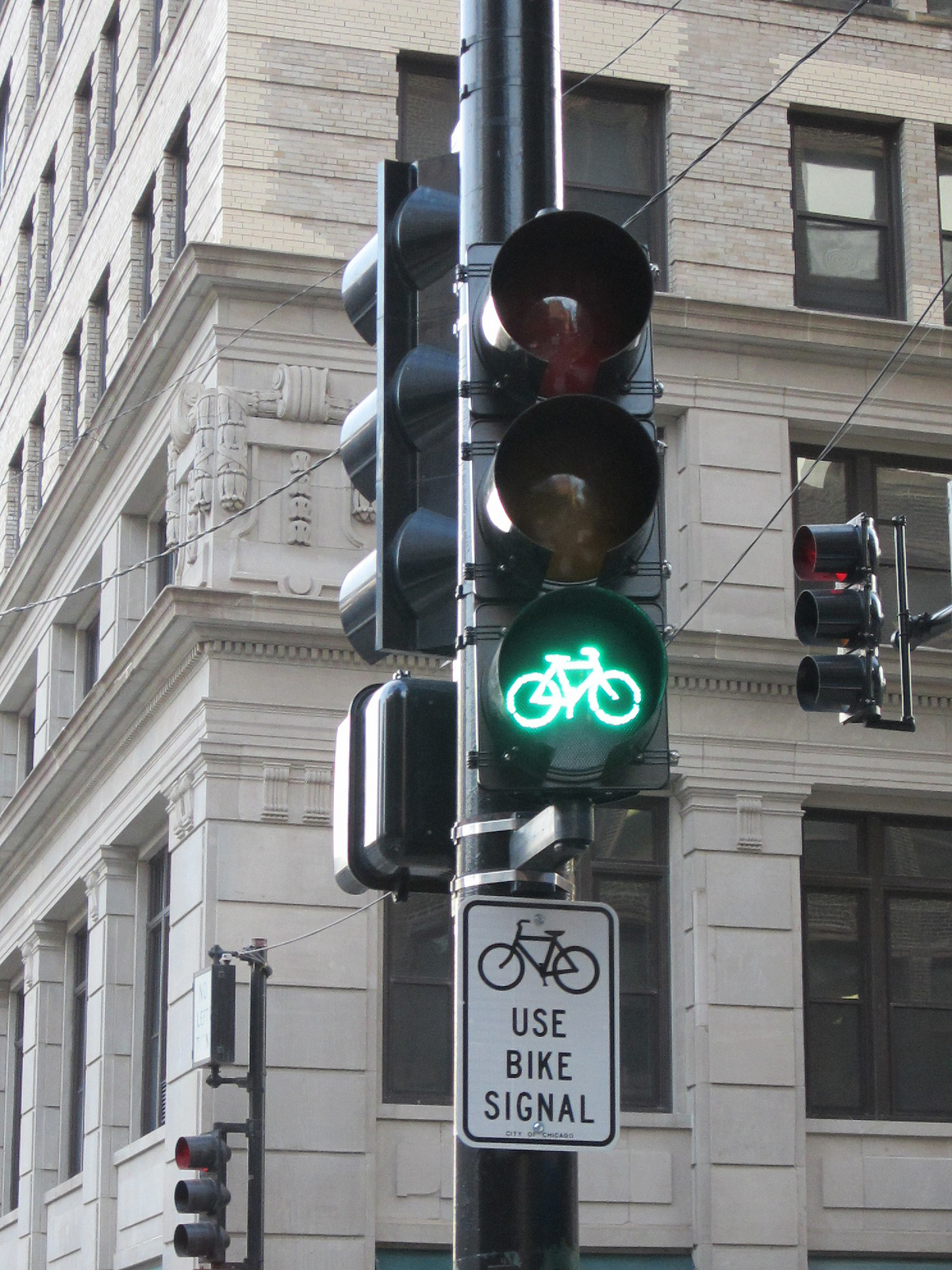 I have to say, my favorite part of the protected bike lane is the streetlight design. They proclaim an importance and demand a respect we haven’t seen since the Critical Mass campaign, “We Are Traffic.” These lights and the new bike lanes prove that cyclists deserve their space on the road, too. Other developments around the city also show a welcomed consideration of cyclists commuting and touring in Chicago.

But I must admit, I’d like to see the bike plan go a little further. These cycling campaigns and improvements declare our bikers’ right to share the road. But I believe education of driving and biking laws would truly make for more bike-friendly streets. How about some Chicago Bike Laws on billboards and posters around the city? They should be an integral portion of the driver license examinations and classes as well.

And–which might make me some enemies here, but I just must say–I’d like to see more tickets issued to both drivers and cyclists. There’s gotta be penalties for those who don’t follow these rules. Their actions consequently put themselves and others in serious danger. I would even go so far as to request that bicycle helmets be mandatory. No matter how many bike lanes we get, it’s still freaky to share the road with uneducated, unprotected drivers, cyclists, and even pedestrians. 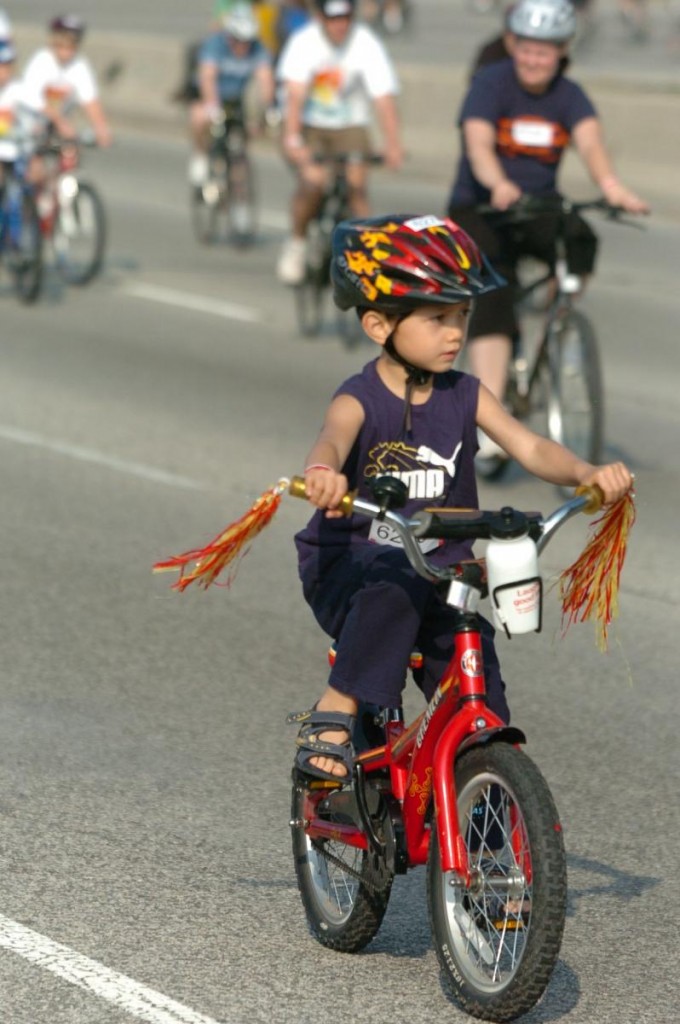 But for now, I’ll be content with the City of Chicago‘s evident commitment to cyclists, which is not surprising as local government has always been supportive of the infrastructural necessity of cyclists. The city publishes this great Chicago Bike Map if you haven’t seen it. Also, let us not forget the many courtesies remaining just for Chicago cyclists, like the parking meter pictured below.

And of course we have our peaceful, cyclist-only ride down Lake Shore Drive during Bike the Drive. This annual celebration of cycling, which is the pet project of the very cool Active Transportation Alliance, has been populating our most iconic road with cyclists for ten plus years and going strong.

Another development, one I hold close to heart, has not forged forward like the protected bike lanes, and that is the conversion of the old Bloomingdale railroad line into a 3 mile long park and trail. But I won’t lose heart, because not only do we Chicago cyclists make Seattle cyclists jealous, we’re also in the top five of Bicycling magazine‘s most bike-friendly cities. So thanks Rahm, for making the streets more welcoming and less scary for Chicago bike riders.